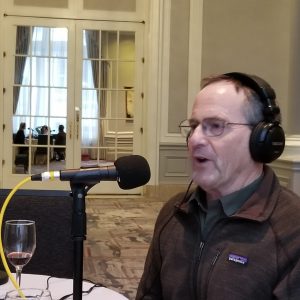 While enjoying a bottle of 1986 Ravenswood Old Hill Zinfandel that Joel Peterson left on our table at ZAP! while recording, our first guest, David Gates, Vice President of Vineyard Operations at Ridge Vineyards, told us he’d been farming the legendary Monte Bello Vineyard for Ridge since 1989—just three years after the wine was made. Wow!

What was probably the most delightful about our discussion with David was that he seemed as enthusiastic and delighted about working at Monte Bello, and with Ridge Vineyards, as he was when he first began there. 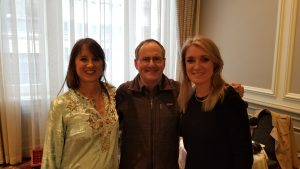 Ridge produced its first commercial wine, a Monte Bello Cabernet Sauvignon, in 1962. But the land itself had a long and storied history beginning in the late 1890s. However, Monte Bello wasn’t rejuvenated as a producing vineyard until the 1960s. They produced their first Zinfandel in 1964. Beginning in 1966, the winery began sourcing some grapes for its Geyserville Zinfandel and other wines from vineyards in Sonoma County. So we had a lot to learn about in a short time! 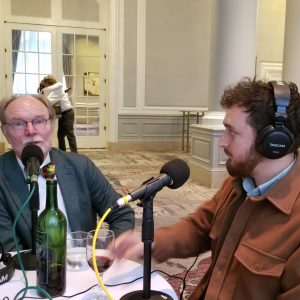 Tune in to learn about Ridge’s Croatian “Pribidrag,” part of Zinfandel’s long history. We also got to hear David’s take on climate change, developments in sustainable, and organic farming, and what he’s learned from his younger colleagues. David’s enthusiasm for learning from recent UC Davis graduates under his supervision was reflected in the stories we heard from his many past and present viticulture colleagues whom we got to meet and interview at ZAP!—including our next guest: Jake Neustadt, Viticulturalist and Vineyard Manager at Bedrock Wine Co. 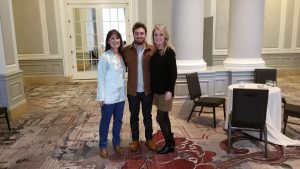 Jake didn’t attend UC Davis originally for its stellar winemaking and agriculture programs. But once he learned how bleak the career paths were in journalism and international relations, he changed his mind! The career paths in wine and viticulture looked a lot more attractive, and he was hooked. 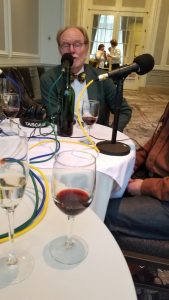 Jake’s wine industry career has orbited around old vines (Rock Wall Wine Company, Ridge) with a sidestep into West Sonoma County Pinot Noir (Freeman) and a harvest learning the agony of bird nets in Central Otago, New Zealand (Misha’s Vineyard). It was at Ridge, under the tutelage of David Gates and Will Thomas, that Jake learned the idiosyncrasies of farming old vines with sustainable practices like biological control and site-specific cover cropping along with using modern viticultural instrumentation and data analysis in order to improve old-school organic and dry farming practices.

Jake’s career at Bedrock began in production in 2016 and evolved into vineyard management where he oversees numerous vineyards across California. Listen in to hear what it’s been like to learn Bedrock’s many vineyards, from the well-tended to those that were neglected for many years. 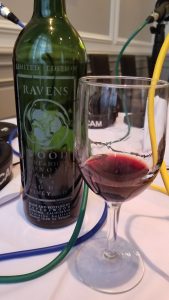 Listen to the full podcast. Click on the Radio Misfits button below.